“It is a feeling of something rough, unpredictable, unfinished, perhaps even damaged that is the story of ‘Citizen Jake.’ Tom got it right for me.” ~Direk Mike de Leon, Citizen Jake Director 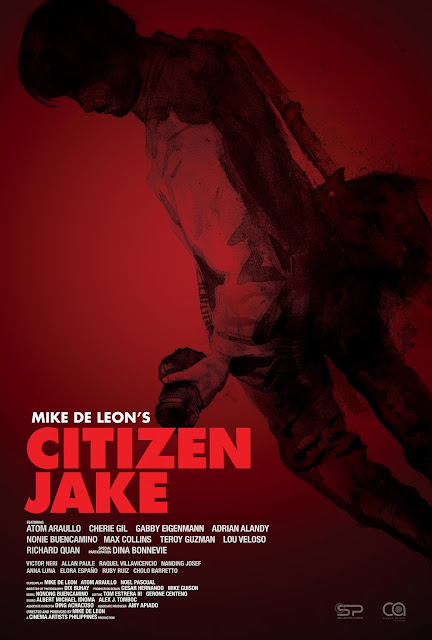 Creating a poster is one of the most challenging parts of moviemaking. After all, the poster sums up the story and is considered the symbol of the film long after the screenings. More than a marketing tool, the poster is likened to a precious artwork.

Mike de Leon and his team purposely took their time before coming up with the poster that would encompass the real spirit and message of “Citizen Jake,” the director’s latest film. After much discussion and deliberation with artist Tom Estrera (who is also the movie’s editor), Direk Mike chose a rough black-and-white sketch in ink and paper to be the design of the poster.

The said image shows a profile of the main character Jake Herrera with a camera in hand and a duffel bag on the shoulder. It shows Jake in work mode capturing the world around him as events happen, as any sensible journalist would. Although one cannot see Jake’s face, the subject looks transfixed at the image captured on the lens. 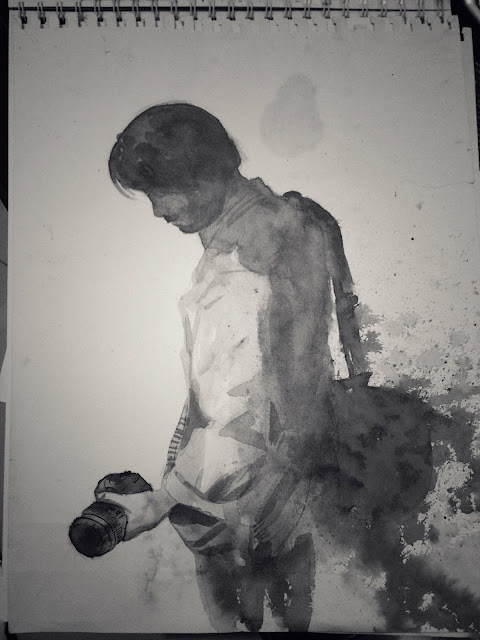 There is a story behind the drawing, specifically the noticeable splashy effects on the middle to lower right portions. Actually, the blur was completely unintentional. Tom had momentarily forgotten about the drawing and by the time he came to retrieve it, there was that huge spatter effect that kind of ruined everything. “(But) It was a beautiful mess for me,” says the artist.

“I placed the artwork out under the sun to let it dry quicky. After a few minutes, it started drizzling.” ~Tom Estrera, Citizen Jake Movie Editor

“Citizen Jake” is a family drama-thriller that tells the story of Jake Herrera, a journalist and an estranged son of a powerful Philippine Senator. Jake is investigating the death of a young female student. The pursuit of justice leads Jake to encounter the ills of Philippine society and test his personal values and convictions.

Rated R13 without cuts by the MTRCB, catch CITIZEN JAKE in major cinemas nationwide on May 23, exclusively distributed by Solar Pictures. For more details, follow the official Facebook page @CitizenJakeFilm.