“It was about research, spending time in Cape Town, getting a sense of what it’s like to live there, to be from there, the townships, the different parts of the city, the night life, the police, the gangs.” ~Chadwick Boseman (the Black Panther in Captain America: Civil War) 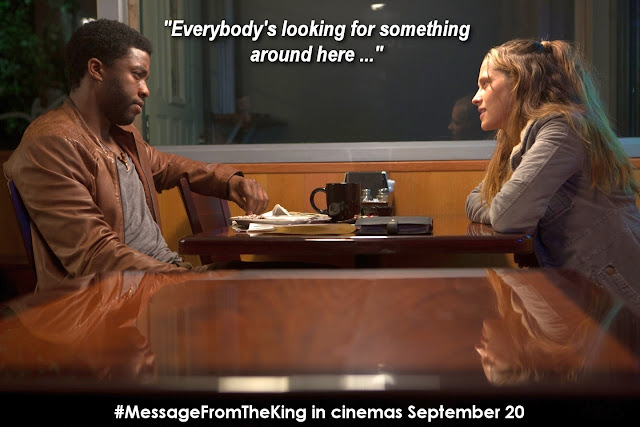 Inspired by the Neo-Noir thrillers of the 1970s. Specifically the director, writer and director wanted to capture the trademark of that era that informed the narratives of such films as Get Carter, Point Blank, the Dirty Harry franchise and Sergio Leone’s Spaghetti Westerns franchise known as the Man with No Name Trilogy (The Good, The Bad and The Ugly, For A Fistful of Dollars, For A Few Dollars More) – both franchises starred Clint Eastwood. They explored the conflict between values and the corruption of violence in society and usually at the expense of loners forced to compromise their better nature to survive in a nihilistic brutal world. 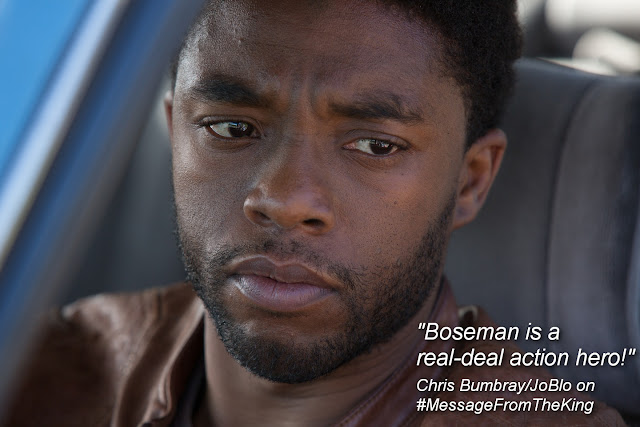 Jacob King, a man of few words, is able to convey his message to those he encounters with a thunderous impact. No vacation. No plans to get a job. He’s leaving L.A. in a week. The only sites he plans to see are on the trail of tears his little sister, Bianca, left behind. It begins with the morgue. He will stop at nothing until he unravels the mystery that led to her horrific death. And when he does, those who delivered such a fate will meet her threshold of pain.

King is from South Africa. When it comes to justice on alien turf, different rules apply. He’s just passing through and he needs only a week. 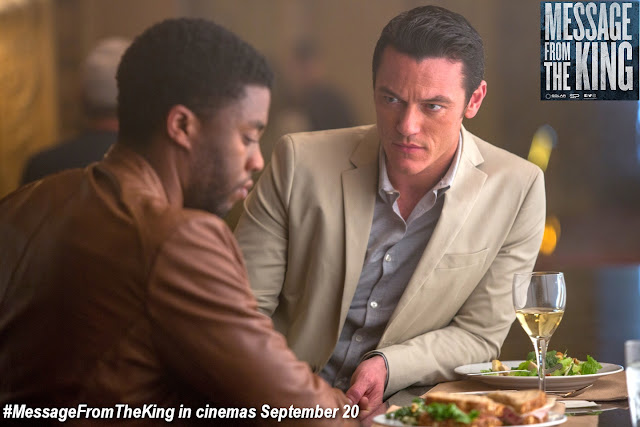 Grief, guilt and loss are merged in his search for identity. In a world of fractured souls, how do you discover yourself? How do you discover each other? Those human dynamics meshed into a revenge thriller. Remorse is a powerful motivator. It can transform the pursuit of justice to passionate vengeance in the blink of an eye.

To take Los Angeles from an outsider’s perspective, to bring a character into that context searching for his sister who he’s lost contact with, using that dynamic to create a thriller that was a journey into this landscape and a journey into self.

Brought back to the screen by the writer and the producer, such Award-winning contemporary classics as Whiplash (starred J.K. Collins), Nightcrawler (starred Oscar nom, Jake Gyllenhaal) and Drive (starred Oscar nom, Ryan Gosling), hopes to bend genre boundaries once again with Message from The King, a crime thriller, perceives as infused with melancholy.  All of these movies have a sort of common thread in what is called, “artsploitation.”  They have elements of an art-house movie, embedded in a good story you want to lean into and find out how can they possibly experience what they do before the end. What happened?  Who had sex? What is part and parcel to making a really entertaining movie, but doesn’t insult the audience?

Chadwick Boseman (the Black Panther in Captain America: Civil War), who plays King, compares the film’s narrative to a “cowboy movie.” It is about a guy who is a fish out of water, trying to salvage his family.  He comes into Dodge, which is Hollywood, to L.A. and finds the bad guys.  But it’s not a straightforward shoot `emup movie. It’s a thriller but it’s really a psychological drama. A method actor, Boseman, who is a theater director-actor, decides to prepare for the role by traveling to South Africa and learn as much about King’s world as possible in a short window of time – one week.

The great casts include Luke Evans (Beauty and the Beast and High Rise with BIFA nom) who plays the sociopath cosmetic dentist – villain Paul Wentworth. Alfred Molina (Boogie Nights and Frida with BAFTA nom), an unbelievable actor, who plays a very twisted mind Preston – a snake, cold, methodic, mean. We have the wonderful Teresa Palmer (I am Number Four and The Choice) as Kelly. And many other versatile actors. 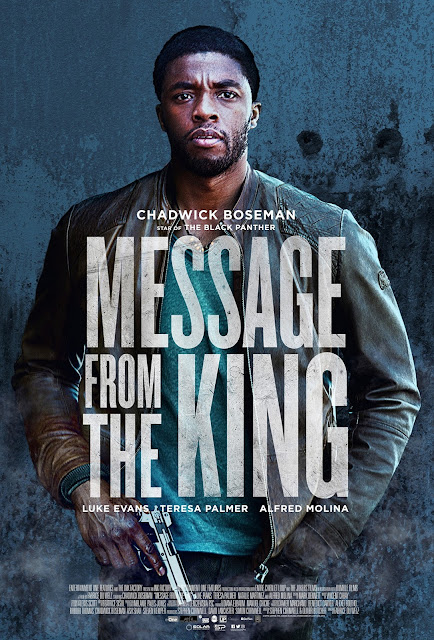 In a sense the film also explores a longing, as much as loss, for family that can no longer be. King holds tightly to the tattered remains of his childhood siblings’ bond that left him as the sole keeper of the flame – another had perished. Reluctantly and cautiously, King unwraps that cherishes treasure to Kelly, Bianca’s friend. It is a bond that marks a vanishing bloodline, a surrogate little sister.

Message From The King is directed by Fabrice Du Welz (Alleluia fame), written & produced by Stephen Cornwell with writing partner, Oliver Butcher (Unknown fame). The movie, which is showing on the 20th of September this year in several cinemas nationwide, is exclusively distributed by Solar Pictures. Follow Solar Pictures on Facebook, Twitter, and Instagram @solarpicturesPH.

All those films had this really strong character, often male, that you discovered in the course of the film.  They are often very under spoken and withheld. They became as interesting as the plot.  Now, a revenge thriller – Message from the King.