“We are excited to be here in Davao and we are looking forward to our first home game and we hope our fans will turn up in numbers and support the team.  We all are excited, we can’t wait to see you on Sunday.” ~Gary Philips, Australian Head Coach 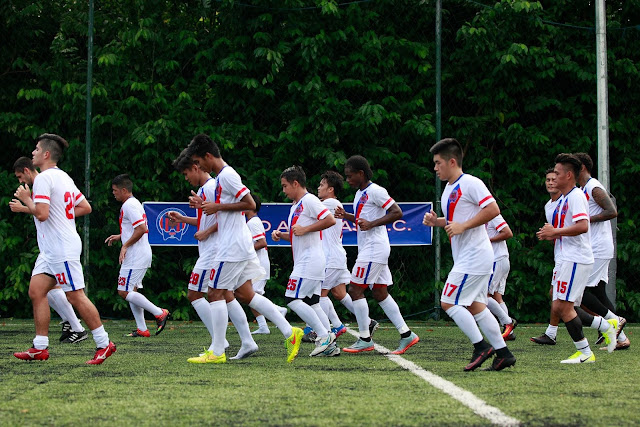 13 May 2017 - TAGUM, DAVAO DEL NORTE: Davao Aguilas FC is all set for its first home game for the Philippines Football League (PFL), to be held at the Davao del Norte Sports Complex on Sunday, May 14, 2017.  They will be going up against JPV Marikina, which was previously part of the UFL.

The team is starting to create a following in Davao and nearby provinces; and fans were seen waiting for them when they arrived at the Davao airport last Friday.

Coach Gary has previously worked in 5 different countries, including the National League in Australia.  He was also previously with AFC, for Coach Education and has also handled international men’s and women’s teams.

The team’s goalkeeping coach on the other hand is Australian James Fraser, renowned World Cup goalkeeper for Australia in 1974.

Tickets are still available at the stadium.  You can also get free tickets when you register at www.facebook.com/DAFCofficial.

ABOUT DAVAO AGUILAS FC:
Davao Aguilas Football Club (DAFC), was established earlier this year as a professional football club, based out of Tagum, Davao del Norte, in Mindanao.

The coaching staff is headed by Gary Philips, an Australian football veteran. DAFC’s CEO is Ramon Manuel, while its Chairman is Jefferson Cheng.