“I want to vie for the top prize of ONE Championship’s atomweight division again. In order to achieve that, I need to build a momentum with a huge win. It was frustrating. After winning five-straight matches to start my career, now I’ve lost two consecutive bouts. It’s difficult because I am in a tough position. Another loss is detrimental. I’ve dealt with my recent setback like a real warrior. My desire is to win again. I will work hard to get the win this coming April 20 in Manila. She is a good striker with heavy hands. I fought her teammate, April Osenio, before. Like April, I know she will come out with guns blazing. My fight against Angela Lee showed striking was my weakness. Now, I am facing a great striker in Iniong. I had to improve all of my techniques, on offense and defense. Every time I am training, I need to be prepared, and ready, to be an all-around fighter. Before, my strong point was only grappling. I cannot just focus on one thing. Gina Iniong is tough as nails. But l will show everyone my new skills in this bout. I am confident that I will win this time around.” ~Jenny “Lady GoGo” Huang of Chinese Taipei 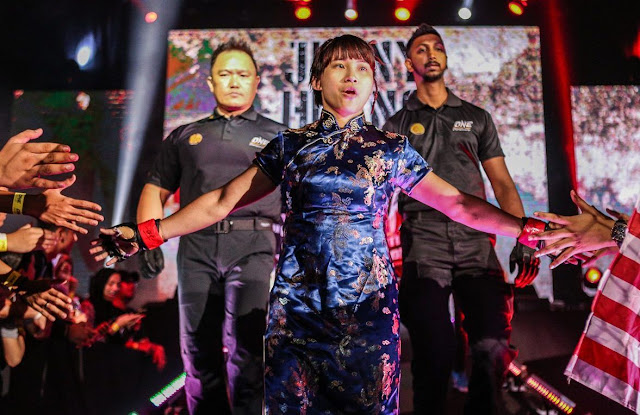 Jenny “Lady GoGo” Huang of Chinese Taipei is starting to really feel a sense of urgency when it comes to her professional career as a martial artist. The 27-year-old Taiwanese standout yielded to Angela Lee for the ONE Women’s Atomweight World Championship by third-round technical knockout in March 2017 before she suffered another defeat at the hands of Mei Yamaguchi via second-round submission two months later.

Once a top contender, the Taiwanese atomweight is attempting to catapult herself back into the title picture and is desperately trying to avoid the first three-bout losing skid of her prizefighting stint. Huang expects to solve both dilemmas on 20 April when she battles Filipina hard-hitter Gina “Conviction” Iniong on the undercard of ONE: HEROES OF HONOR, which emanates from the 20,000-capacity SM Mall of Asia Arena in Manila, Philippines. 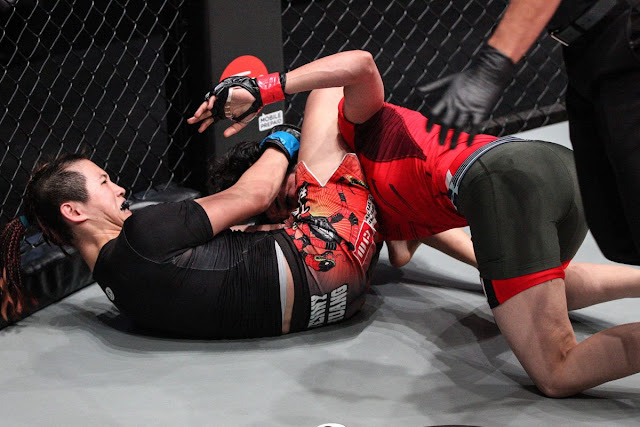 Huang made two appearances in the promotion last year, but she failed to have her hand raised in both cage outings. Although her back is against the wall, Huang pointed out that her string of setbacks spurred a drive to dig deep to ace her next assignment. However, Huang admitted that getting the victory at ONE: HEROES OF HONOR will be arduous as the opposition that stands in front of her on 20 April is no slouch.

A six-time national Wushu champion and a member of the renowned Team Lakay, Iniong owns a professional record of 6-3, with four of her six victories coming by thrilling finish, including two highlight-reel submissions and two knockouts. After falling short to Yamaguchi in a title eliminator last November, Iniong will look to regain her winning form as she takes on Huang. 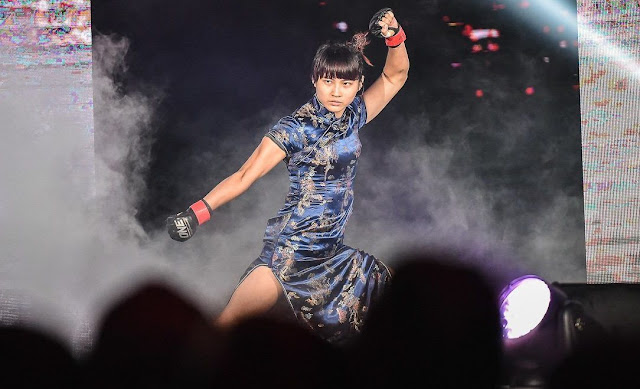 Determined to build upon her judo black belt background and continue her natural evolution as a martial artist, Huang splits her time between Northern China’s Tianjin Top Team and Hiroyuki Abe’s Abe Ani Combat Club in Tokyo Japan. As she shares the ONE Championship stage with a stand-up specialist like Iniong, Huang bared that she felt the inclination to improve on all facets of the game.

Putting the dismal 2017 campaign behind her, Huang is determined to show the world just how much she has evolved as a martial artist. For more updates on ONE Championship, please visit www.onefc.com, follow us on Twitter and Instagram @ONEChampionship, and like us on Facebook at https://www.facebook.com/ONEChampionship.