Philippines’s ‘The Stripboys’ Heats Up Asia’s Got Talent 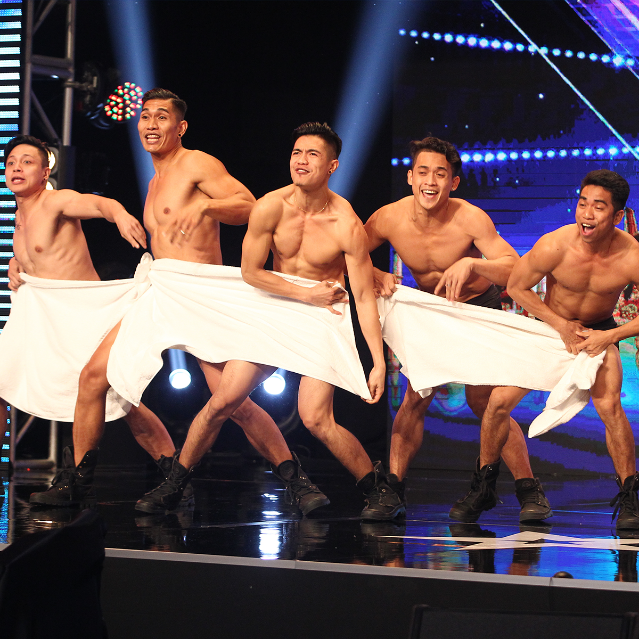 The Stripboys from the Philippines are baring it all in the upcoming episode of Asia’s Got Talent, but will they impress the judges enough to get through to the next round?

In the same episode, look out for Deniel Sarmiento, a contortionist from Boracay who moved to Manila to pursue his dream of being a professional dancer. He joined Asia’s Got Talent without any expectations, but he wants to show the world what he can do.

To relive the Golden Buzzer moments and for more exclusive behind-the-scenes clips, subscribe to Asia’s Got Talent Official YouTube Channel at www.YouTube.com/AsiasGotTalent. For a full recap of past episodes, visit www.AXN-Asia.com/AsiasGotTalent/Episodes.

A new episode of Asia’s Got Talent airs every Thursday at 8:30pm on AXN. To follow the journey of this season’s acts, check out #AXNAsia and #AsiasGotTalent.

Asia’s Got Talent is the 67th adaptation of the Guinness-World-Record-breaking hit “Got Talent” format, which was created by Simon Cowell’s Syco Entertainment and is co-produced by FremantleMedia. The “Got Talent” format is officially the most successful reality TV format in history and currently airs in 186 countries.

Asia’s Got Talent is supported by presenting sponsor Traveloka, the leading travel booking app for all flight and hotel needs; sponsoring partner Great Eastern Life, the market leader in the conventional life insurance business and the largest life insurer in Malaysia by asset size; and GoDaddy, the world's largest cloud platform dedicated to small, independent ventures.

In the Philippines, Asia’s Got Talent is brought to you by Cherifer, Tangkad Sagad, KFC Delivery and Vivo Smart Phone.

You have never seen this on Asia’s Got Talent!
www.AXN-Asia.com/AsiasGotTalent

About AXN
AXN is Asia’s leading general entertainment channel, featuring exclusive top-rated drama series, blockbuster features, reality programs and groundbreaking original productions. The channel appeals to a discerning audience seeking content that is smart, intriguing and unexpected, all delivered close to US telecasts. From The Blacklist and MacGyver to Asia’s Got Talent and The Amazing Race Asia, AXN is defined not by a genre, but by an attitude that truly redefines action.